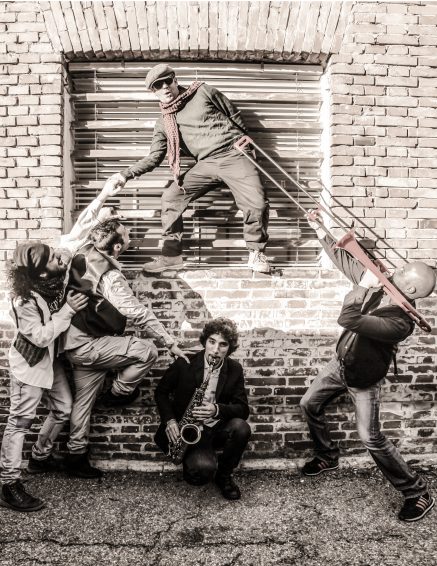 Iaquinta Francesco alias Jakinta began his musical career as a singer of the “ON OFF” reggae band. In 1996 they performed on the stage  of the historic jamaican band “THE WAILERS” for the opening of the concert in Crotone. After a long research on the traditional music of southern Italy, in 1999 he founded a new band “MAGARIA”. The band’s style takes interest in traditional music and reggae vibrations which are extended to the cuban rythms and to the balkan sounds. The curiosity to explore new sounds and the compositional need leads the band to a multicultural musical journey. A carovan of sounds that unites the mediterranean and sub-Saharan colors with the music of southern Italy. It’s a music full of positive messages and lyrics that tell of love, freedom and meetings between different cultures.